Kicking it big in the US this season, the super genius beauty and talented: Adrienne Bailon curates nail-art show, Nail’d It! [on: Oxygen channel]. The show interlinks the fashion and artsy world and viewers get to see it play out! 3-nail artist are joined by common interest to compete for a grand prize of $100,000. [Cha-ching: Match off!] With the world being a big place and nail artist multiplying out in the globe, a non toxically safe competition is a good thing! Theres a underline concept to competition and if you pay close attention… skill competitors usually use each other strengths or weakness to obtain something great. This is where part of the idea “Nothing is original” stem from.

The judging panels were solidly inspirational and had a professional way of giving positive criticism yet still remaining respectful to the contestants! With nail-art only stemming underground for a short period of time, it has now hit the mainstream culture and is ready to take on serious inside display of the internal business and multifaceted capacities of the nail art industry …[and] touching base with other distinct things that society can now identify with! 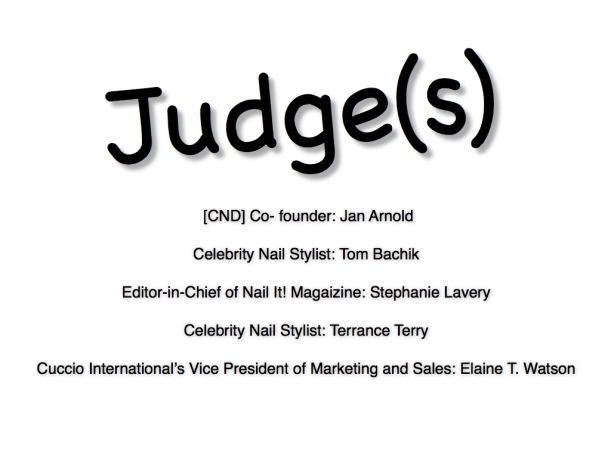 The Contestants: Using industry bloggers as clients, the girls had to curate “trendy” looks influenced by pop culture. A fixed time were given to spice up things and in the process [Intense] different displays of styles and techniques were being evaluated. I must say all girls did an awesome job in this challenge: 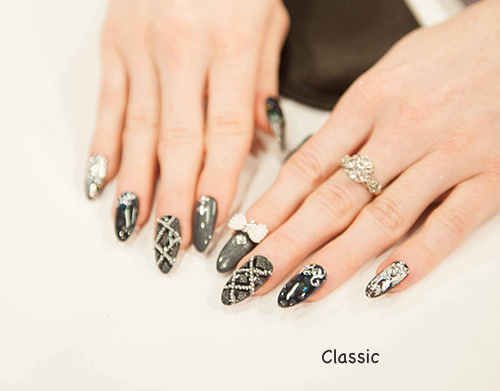 Jami [ 27/ Fresco CA] – Went with what I call, “Phenomenal Vintage”. Adding cherries design and a bold statement of black and white horizontal lines.

Latoya [ 31 / Miami] – What judges consider to be “directionless’. Emphases were placed on creating a mixture of patterns as oppose to a one-directional statement. Nail set. Letoya, did a great job at giving her client various moods all at once 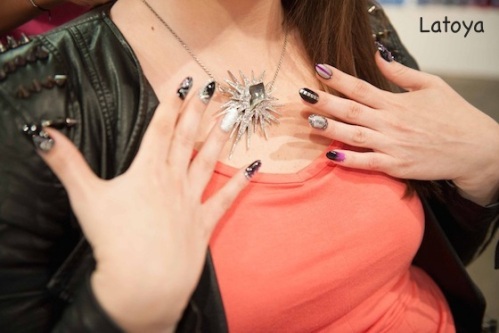 Overall the Nail’d it! show was a phenomenal kicker!! A for affort, to each contestant. To me, the show conveys embracement of artistic diversity and an awesome job on sharing informative skills that nail-artist and aspiring nail artist around the planet can learn from. Creatively, open doors for everyone and anyone who supports the artistic side of nail-art, so much appreciation to the entire Nail’d It stuff for bringing that facet to television! In terms of the “talked-about” personalities on the show: Lets just say: Self- awareness was a project within itself after.

Final Thought: Just making a hypothetical prediction… Something tells me, the Nail’d It show will be extending their interest onto the big apple!!!! And hopefully maneuver its way into different regions around the global. The no brainer give away: F-A-S-H-I-O-N!!! Share your thoughts on how the show impacted you personally and what were some of the things that you would’ve wanted to see.