I think it’s very important that whatever you’re trying to make, sell, or teach has to be basically good. A bad product and you know what? You won’t be here in ten years –Martha Stewart

Still rather new to the nails market, Brooklyn natives – Cunnt Claws and Sava of Dope Digits boldly pave their ways throughout the nail-art market by endlessly creating, original new ways to service the nail-art movement around the globe. Exuding huge impacts; both brands recognizably create eye-catching, innovating and rather inspirational art for nail lovers, who give no apologies for being an extrovert about their nail designs! With reliable support to grow from, Cunnt Claws and Dope Digits (thhhyyyy hottest decal supplier on the market) inevitably teamed up to ecstatically present the nail-art industry, inspiring water decals of women figures that have been influential through earlier media history.

Rather refreshingly distinctive and now tangible for, nail-art desirer: Yoko Ono, Linda Lovelace and Kelly Bundy(Christina Applegate) will now be the chief ‘must-have nails’ to our pop-culture market and is available to explore! Disremembered due to decrease in demand, Cunnt Claws and Dope Digits are so stoked to pay tribute and introduce these iconic women’s water decal to everyone in this modern day nails market: 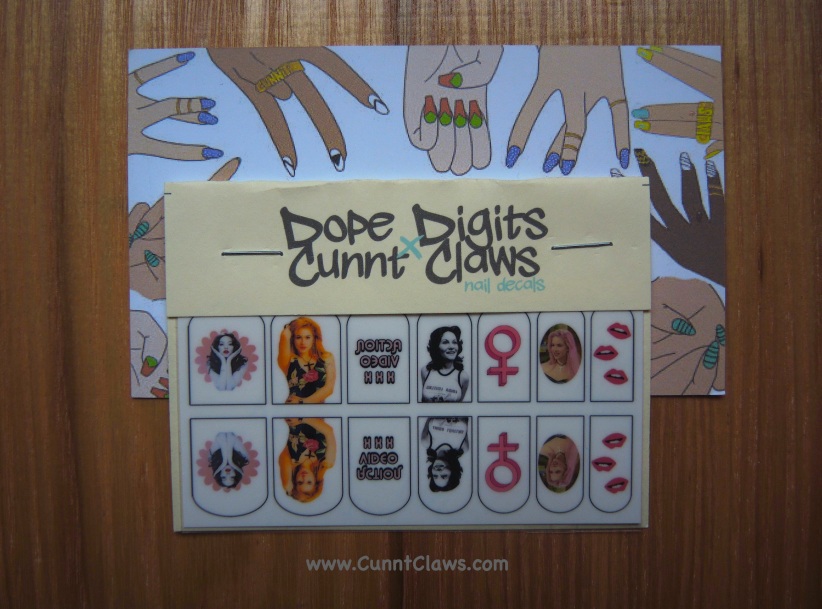 HELPER: Are you unfamiliar with the women’s figures above? Learn more about them below:

Linda Lovelace: Was an American Pornographic Actress & later became an Anti-Pornography Activist before her death. Well known for playing in “Deep Throat” movie: